Meet our Board of Directors 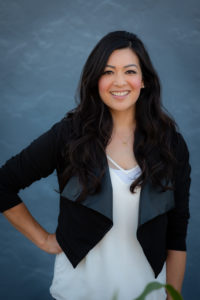 Victoria has been an active member of the Junior League of San Jose (JLSJ) since 2013. She spent her first few years in the League focused on community programs and membership engagement. She served on the JLSJ Board as Community Partnership Strategies, At-Large Director 2018-2019, and as President-Elect 2019-2020. She also served as a Director with the Farrington Historical Foundation 2019-2021 as the JLSJ representative. Victoria is a San Francisco Bay Area native, daughter of a Korean immigrant, first-generation college graduate, wife, and mother of two. By day she works at Google, where she was trained to be a #IamRemarkable workshop facilitator to help others improve their self-promotion skills and to become allies to others struggling with self-promotion. She is passionate about helping women and underrepresented groups. She loves camping in the redwoods, eating Korean food, playing games at big family gatherings, maintaining a big garden in a small space, and baking and crafting with her kids. 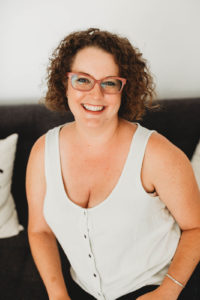 Gini joined the Junior League of San Jose in 2015. She has served on our Membership Council as a New Member Mentor and Member Resource Co-Chair, Communications Council, Nominating Committee, Fund Development, EVP Assistant, and now President-Elect. Outside of the League Gini loves reading, hiking, being crafty, and doing a DIY renovation on her home. She is also a Girl Scout Leader and an active member of the PTA. Gini considers herself a justice-informed feminist who spends her time raising two little ones and supporting her community. 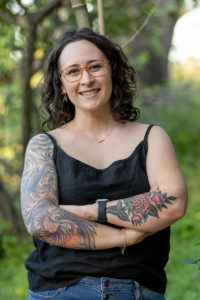 Jessica joined the Junior League of San Jose in 2018 after transferring from the Junior League of Pasadena, where she joined in 2015. She has served as a New Member chair and Membership Transformation team lead. Jessica has also served on the Community Partnership Committee, as well as fund development and special event ad hoc committees. This is her third year serving on the Board of JLSJ as the At-Large Director, Sustainability and now in her second term as EVP. She received her MCM from USC and spent a decade working in tech startups before moving to the Bay Area and volunteering full time. When she’s not volunteering she loves doing ceramics and playing indoor soccer. 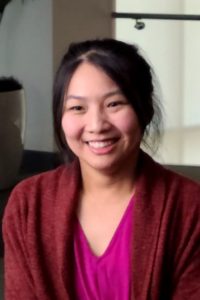 Kelli joined the Junior League of San Jose in 2016 and is currently serving as the secretary of the board. Previous committee roles include Fund Development Committee, Rummage Sale Committee, Derby Committee, and Recruitment/Retention Co-Chair.    She is an advocate for the disability community and has been working with several organizations to improve societies’ perspectives on people with disabilities.  She graduated from San Jose State University and works as a Solutions Consultant for Cisco Systems.  When she is not working or volunteering, Kelli enjoys trying new boba milk tea shops, traveling, and spending time with family and friends. 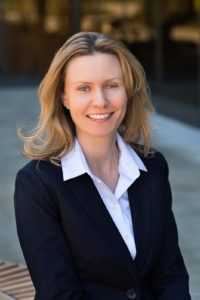 Heather Boshears – Treasurer
Heather joined the Junior League of San Jose in 2019 and is entering her second term as Treasurer. Heather practices law at Hoge Fenton Jones & Appel. She is a specialist in Estate Planning, Trust and Probate Law, certified by the State Bar of California Board of Legal Specialization. She is a Certified Public Accountant (CPA), licensed in Colorado. Heather serves as Co-Chair of the San Mateo County Bar Association’s Estate Planning, Trust and Probate Section, as a Humane Policy Volunteer Leader with The Humane Society of the U.S., as an Adoptions Counselor with the San Francisco SPCA, and as a member of the Support and Recovery Team at Menlo Church. Heather lives with two cats who love to photobomb Zoom meetings. 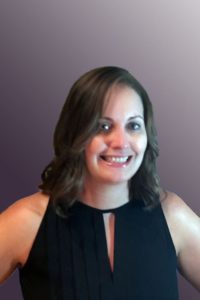 Jessica Jones – Nominating Chair
Jessica joined the Junior League of San Jose (JLSJ) in 2017. She has served on the Leadership Development Committee, Volunteer Recognition Luncheon (VRL) Committee, and Nominating Committee. She has also been a member of the Membership Transformation Team since 2019 and was a founding member of the Diversity, Equity, Inclusion, and Belonging (DEIB) Taskforce now the DEIB Committee. Outside of JLSJ, Jessica volunteers with non-profits as a Salesforce Consultant and Administrator. She enjoys reading, traveling, working out, cooking, wine tasting, and spending time with family and friends. 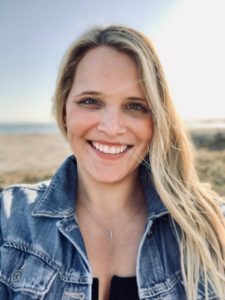 Caitlyn Horton – At-Large Director – Operations
Caitlyn has been a member of the Junior League of San Jose since 2018. She immediately dove into work on the League’s membership development. In 2019 as a new member, Caitlyn attended the Association of Junior Leagues International Organizational Development Institute, where she focused on developing membership expertise and leadership skills. In her first year as an Active Member, she served the League as the New Member Committee Co-Chair and as a member of the Membership Transformation Team. In 2020 she continued as a member of the Membership Transformation Team while serving JLSJ’s Board of Directors as the At-Large Director of Sustainability. By day, she is the business owner of NEAT Santa Cruz, a professional organizing company. When she is not supporting the League or organizing closets, Caitlyn likes reading and Audible, exploring new restaurants, spending time with her family’s many dogs, and enjoying the salt water & sea air of Capitola. 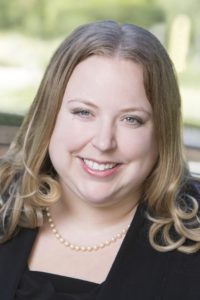 Kate Payne is the Communications Associate for the William and Flora Hewlett Foundation. She assists the communications team on a range of projects in support of the foundation’s institutional and programmatic objectives. She also assists the director of communications with day-to-day operations of the department.

Prior to joining the foundation after moving from Illinois to California, Kate worked primarily in the non-profit sector for agencies serving vulnerable youth, elderly citizens, children in foster care and developmentally disabled individuals in disadvantaged communities.

Kate is pursuing her master’s degree in public policy from the University of Illinois-Springfield and holds a bachelor’s degree in journalism from Illinois State University. 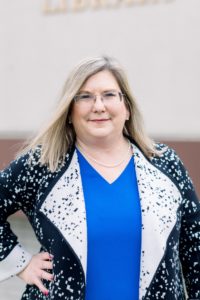 Anne joined the Junior League in 2017.  Her first placement in the League was SPAC (now the advocacy committee).  Some of her favorite events are Day at the Capitol and the Volunteer Recognition Luncheon. She was on the management team as Community VP for the last 2 years.  She took a second placement on the DEI task force this last year.  She completed the 21-day Racial Equity Challenge in March 2021 and plans on pursuing more education through Cornell University.  Outside of JLSJ Anne has been a Manager at California Sports Center in the Cambrian Area for 21 years. She was on the Civic Improvement Commission in Campbell for 5 years. She founded Campbell Cares which promotes mental health awareness and suicide prevention.  Anne was appointed to the First 5 commission of Santa Clara County by Supervisor Susan Ellenberg in 2019 to represent District 4 and is the Chair of the Personnel and Finance committee.  Anne is the Vice President of the Campbell Village Neighborhood Association and her neighborhood lead for Campbell CERT.  Anne and her husband Kevin are avid Sharks and Giants fans. They have 2 labradoodles Sochi and Marleau. 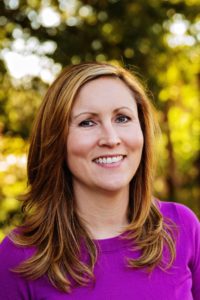 Maribeth Portz joined the JLSJ in 1999 and served as President in 2006-2007.  During her tenure in the League, Maribeth worked on community projects, marketing, and fundraisers as well as serving on the board of directors.  As a Sustainer, this is her second time serving as a Director for the Board and she has also supported various other committees including chairing the Pat Gustke Sustainer of the Year Award Committee.  Outside of JLSJ, Mairbeth focuses her volunteer time on the education sector through fundraising for schools, managing a college scholarship initiative, consulting on fundraising efforts for various education based non-profits and has recently worked with Pivotal supporting their internship program.  In her free time, Maribeth enjoys playing with her new puppy, traveling with her husband and two teenagers, hiking, and exploring culinary delights and wine with her husband and friends.

Ingrid is a 20 year veteran of JLSJ. She immigrated to Silicon Valley from Australia, and joined the League in 1999 as a way to meet like-minded women and get to know her new community.During her active service, Ingrid led many successful initiatives in the area of marketing and communications, including launching the original JLSJ web site, giving the League’s newsletter a major makeover, and introducing the now long-standing tradition of a year end movie / slide show that is screened at each June GM.
Ingrid also embraced her love of event planning with the Fashion Show and Trivia Challenge committees, and served as Administrative VP and Secretary on the Board of Directors. She also acted as a role model and mentor on the Placement and Nominating committees, helping to shape the future of our organization’s leaders.

Outside of the JLSJ, Ingrid has volunteered for local nonprofits including The Tech Museum of Innovation, in the areas of fundraising, volunteer management, training, and marketing. Additionally, Ingrid served as President of Las Madres Neighborhood Playgroups, and President of her children’s school PTA. Other appointments included working for the March of Dimes, and the American Cancer Society in an event planning, fundraising, and training capacity.

After overcoming a rare, life-threatening illness, Ingrid changed her focus to holistic wellness. She is a National Board Certified Health and Nutrition Coach, and an Ayurveda Wellness Counselor. Ingrid is married to Chris, an engineer who works in the area of AI, has two high school-aged kids, and two rescue dogs. 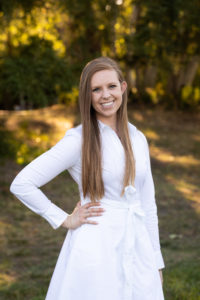 Jacqui Laughlin- Chief of Staff
Jacqui has been involved with the Junior League of San Jose since 2015. She has held roles supporting our annual Volunteer Recognition Luncheon and the League new members. Over the past year Jacqui was abroad achieving her MBA in the United Kingdom. She is excited to come back and resume her work with the League! Outside of JLSJ Jacqui is involved with her local sorority alumnae chapter by focusing on organizational engagement and development. She loves fashion, tacos and wine tasting, all best enjoyed with family and friends.